Recent years, the number of graffiti artists has dropped due to restraints and regulations. According to the statistics, there are about 20 artists who still doing graffiti in the city. And for them, they are the ones to take the mission of fighting. The following picture illustrates their understanding of the mission.

Below are the basic introduction of those graffiti artists.

ORSEK, a Fresh guy, is the most active member of FTH Group. He has been working in Hong Kong for seven and half years, and has left loads of great graffiti works here.

MC Yan is known as the best graffiti artist in Asia. He is not only a graffiti artist, but also a singer and music producer in Hong Kong.He promotes HK graffiti from the conceptual and theoretical perspective, saying that graffiti art is a part of Hip-Hop culture, a kind of impromptu acts of art where one should be allowed to express oneself, and a behavior of subcultural identity.

KDG promotes HK graffiti in a technological way, especially on the quality of spray paint.

XEME is a big name in graffiti in Hong Kong. He is known for historic graffiti pieces that he has done utilizing the native Chinese characters. He’s one of the first in Asia to pioneer the true art of Piecing in Chinese written language.

REDY is a precious female artist and a representative of young graffiti artists in Hong Kong. She likes to paint graffiti with Chinese symbols which make her works more outstanding.

SABCAT is famous graffiti group in Hong Kong. There are six members in the group and SABCAT is the combination of the first letter of their English names. Most members are classmates or friends from their senior high school. Their graffiti style is pretty “low key”, they seldom attend graffiti parties, but hold on to their own style all the time. 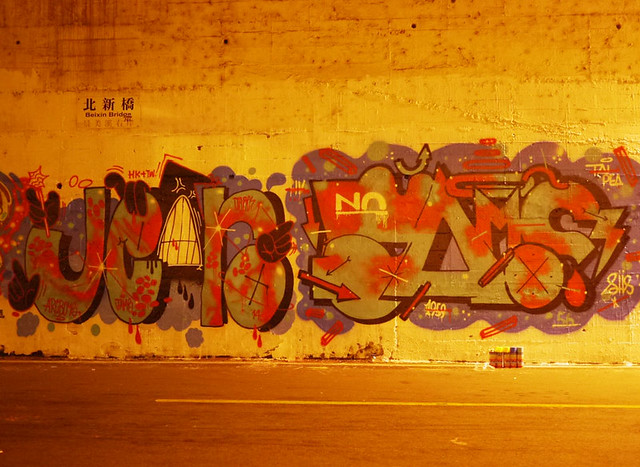 2 thoughts on “The mission: fight for graffiti”